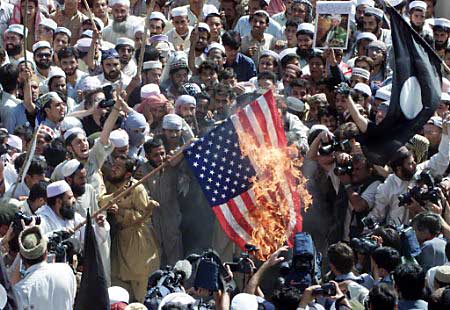 UPDATE: Mark Steyn is my guest today at 4:00 pm ET to discuss this post.

Bob Smietana is a free-lance religion writer. The Tennessean recently ran his hit-piece on conservative organizations who dare to expose the connection between Imams and their mosques in America and radical jihadist organizations like Hezbollah.

Smietana targets not only pro-American organizations who are leading the charge against radical Islam, but he also slams conservative Christians, implying that both “portray themselves as patriots,” but in reality its just about money.

Steven Emerson has 3,390,000 reasons to fear Muslims.That’s how many dollars Emerson’s for-profit company — Washington-based SAE Productions — collected in 2008 for researching alleged ties between American Muslims and overseas terrorism. The payment came from the Investigative Project on Terrorism Foundation, a nonprofit charity Emerson also founded, which solicits money by telling donors they’re in imminent danger from Muslims.

Emerson is a leading member of a multimillion-dollar industry of self-proclaimed experts who spread hate toward Muslims in books and movies, on websites and through speaking appearances

While large organizations like [Steven] Emerson’s aren’t the norm, other local and national entrepreneurs cash in on spreading hate and fear about Islam.

What is shocking about the piece is Smietana defining these organizations as nonprofits acting as “front organizations.” While there is overwhelming evidence that many Mosques in America are indeed front organizations for terrorism, Smietana  believes we have more to fear from patriotic Americans than we do the real enemy who flew planes into our buildings on 9/11.