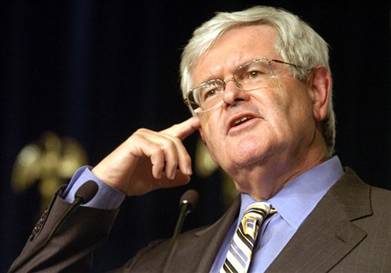 If Solomon were living today Ecclesiastes 12:12 would no doubt read “…of making many movies there is no end.”  To make the observation that images have replaced words in our culture is to state the obvious.  The essence of contemporary culture manifests itself in the images Hollywood produces.  So it is essential that followers of Christ also be connoisseurs of those images, distasteful and as unpalatable as they many times are. We are foreigners in a strange land, fluent only in the language of our homeland, unable to communicate with this strange land, if we stick our head in the evangelical sand and pretend that Hollywood and its images don’t matter.  Hollywood matters immensely because not only is it speaking the language of the culture; Hollywood is creating the culture.

Hollywood understands something many Christians don’t: images communicate messages vividly.  No words needed to be spoken on September 11, 2001 as images of horror filled our television screens.  But many Christians understand something Hollywood doesn’t: we most certainly needed words in the aftermath of 9/11. Words of comfort, words of prayer, words of explanation, an endless stream of words as we attempted to make sense of what we saw that day. What image would you suggest might counter the horrific images of 9/11? We didn’t go to the movies on September 12; we went to church.

There is a danger in our noble attempts to redeem the culture of our becoming so immersed in our image culture we forget  God has called us primarily to be a people of words.  The sin that plunged the human race into ruin was an exchange of words – God’s words – for an image:  Genesis 3:3 – “But God did SAY, “You must not eat from the fruit of the tree;” Genesis 3:6 – “When the woman SAW that the fruit of the tree was good for food…”  Paul expounds more deeply on this exchange of words for images in Romans 1.

Images can move us emotionally, spiritually, physically.  But so can words.  In many cases words are more powerful than images.  What image can replace, in terms of effectiveness, the 1,599 words of Dr. Martin Luther King’s I Have a Dream speech?

When God called Moses up to the mount, Moses returned, not with an image – that’s what was created in his absence by Aaron and the people in their rebellion – but with words.

When God commissioned Joshua to take up Moses’ mantle, it was words – the Book of the Law – that he charged him to meditate on day and night.

When the prophets spoke to the people, it was “Thus SAYS the Sovereign Lord…”

And when God wanted to put an exclamation point on history, “In sundry times and in divers manners God SPOKE unto the fathers by the prophets and in these last days has SPOKEN unto us by His SON…” “The WORD was made flesh…”

In a culture whose primary mode of communication is images, followers of Christ must be vigilant about words.  We must be mindful that it is through the medium of words and a Book that God chose to communicate to us. “The WORDS that I speak unto you,” says our Savior, “they are spirit and they are life.”

Images are important to our postmodern culture, as important as Hieroglyphics in ancient Egypt.  Images are the language spoken fluently by the culture.  And followers of Christ must understand those images.  But I am arguing that it is only words that can sort out images, prioritize them, and make sense of them.  Ravi Zacharias is fond of saying, “In the beginning was the Word, not the video.” The calling of the Church in the midst of our image saturated culture is to resist the temptation to ourselves be mesmerized; but rather to sort out the culture’s images and interpret them through the prism of God’s word. In our efforts to speak the language of the culture we must be very aware of the danger of merely mimicking back to the culture what they have already seen, rather than doing the dangerous thing of speaking to them words that more often than not will contradict their images.

In the Foreword to his Amusing Ourselves to Death, Neil Postman captures the spirit of our times when he summarizes Orwell and Huxley:

We are living the fulfillment of Huxley’s prophecy.  Can the Church of Jesus Christ muster the will to counter the culture, to be a peculiar people devoted to words in the midst of a culture of idol images? Like Paul at the Areopagus can we stand in the midst of our culture’s images and use our words to point them to The Unknown God?

It would seem that there is a general consensus of opinion among critics (those writing from a Christian perspective as well as from a purely secular point of view) that Amazing Grace, the biopic film portraying William Wilberforce’s political battle to end the slave trade in the British colonies, does not do justice to Wilberforce’s vibrant Christian faith that informed that epic struggle.  Having seen the movie for the first time last night, and having read John Piper’s brief biography focusing succinctly on Wilberforce’s faith, I find myself agreeing with the critics.

It is rare that a Hollywood film takes up a subject like William Wilberforce (1759-1833), the British parliamentarian who devoted nearly his entire 45-year political career to banning the British slave trade. Alas, a lot of people watching “Amazing Grace,” Michael Apted’s just-released film, may get the impression–perhaps deliberately fostered by Mr. Apted–that Wilberforce was a mostly secular humanitarian whose main passion was not Christian faith but politics and social justice. Along the way, they may also get the impression that the hymn “Amazing Grace” is no more than an uplifting piece of music that sounds especially rousing on the bagpipes.

And the New York Times reported the following in its review of Amazing Grace on February 18:

As it happens, Bristol Bay Productions initially wanted a biopic focused on Wilberforce’s faith, “which is why I and a lot of other people didn’t want to make it,” Mr. Apted recalled. “I wanted to center the whole film on the anti-slave trade debate, and they agreed. To me it is about people who have a moral or religious sense of purpose and yet manage to operate in the world.”

Bob Beltz is an associate producer on the Amazing Grace project who recently updated William Wilberforce’s lengthy treatise, originally titled A Practical View of the Prevailing Religious System of Professed Christians in the Higher and Middle Classes in this Country Contrasted with Real Christianity. I asked him if Michael Apted, the director of Amazing Grace, had been quoted out of context by the New York Times reviewer, to which he replied:

First of all, that’s a very inaccurate statement, even by Michael Apted (which I probably shouldn’t say). I sat in a meeting with Michael Apted when he was approached about directing the film. Six different times he was directly challenged that the faith element of this film was extremely important to us and would he honor that, and six different times he said, “Yes.” For some reason some of these guys are afraid to admit that somehow Christian faith really is the thing that makes the difference; and yet the film is so powerful in terms of portraying the fact that it was his faith, and his relationship with Newton, that really motivated him. The film really kind of plays out as a political thriller, but the message is quite clear, actually right down to an actual quote from John Newton in the film, where Newton says to him, “I only remember two things: that I’m a great sinner and Christ is a great Savior.”

While the film is definitely worth seeing, it would seem that the producers had a much different vision of just how much Wilberforce’s faith would be on display in the film, as opposed to the vision of the director Michael Apted who clearly wished to downplay it.  But for the true story of just how Wilberforce’s Christian faith informed his struggle, I commend to you John Piper’s Amazing Grace in the Life of William Wilberforce. Beyond that, if you want to really invest yourself in understanding Wilberforce’s faith, read for yourself his very lengthy treatise on the difference between “professing Christians” and “real Christians.”  A link to the .pdf file is above.

If you haven’t already seen the movie, read Piper and Wilberforce first. What little of Wilberforce’s faith is on display on the screen will be magnified 1000 times by a true understanding of his faith.  And the book is always better than the movie, anyway.