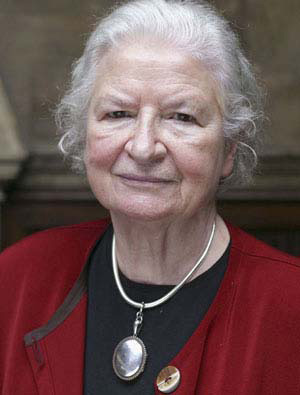 P.D. James’ dystopian novel of a world without children was prescient.  In The Children of Men, written in 1992 and set in the future year of 2021, there are no children, not by choice but by physiology.  Infertility plaques the world, the last human baby having been born some 25 years, 2 months and 12 days prior to the novels’ open.  James paints a world of dark despair in the absence of the sounds of children.  To placate maternal instincts women have taken to wheeling prams with true-to-life china dolls as replacements for babies, “some cheap and tawdry but some of remarkable craftsmanship and beauty.” They came in different sizes: newborn, the six-month-old baby, the year-old, the eighteen-month-old child able to stand and walk.  New dolls are welcomed with “pseudo-births” and broken dolls are buried in consecrated ground.

Not only dolls, but also kittens fulfilled the “whole range of frustrated maternal desire,” dressed in christening gowns “handled, caressed and carried like babies” off to the church where a priest awaited them for the ritual baptizing.  Animals and dolls replaced human children in the hearts and affections of men and women.

This isn’t the stuff of futuristic, dystopian novels. The future is now. Can the dystopia be far behind? Consider this story from Orlando, Florida where pet owners consider their dogs “the children of the new millennium” and insist on taking them out for a night on the town at their favorite restaurant where the fare includes chicken-and-kibble served on a Frisbee and “bow-wow pizza.”

The most telling line of the story: “A proliferation of couples without children, divorcees and singles has made dining with dogs increasingly important, pet owners say.”

Again, P.D. James was prescient.  Her future was one where childlessness was forced on humanity by a fluke of nature.  Could she have known that the future would be one of childlessness by choice because of the selfishness of humanity?

Here’s an interesting article from Saturday’s New York Times for anyone who happens to own a cell phone with a 2 year contract: Getting Out of A 2-year Cell Phone Contract Alive.

Tired of automated call centers when you call a big business?  Here’s a resourceful link with all of the secret codes you need to immediately bypass the computer that answers your call and get directly to a human: http://www.gethuman.com/us/.

Dr. William S. H. Piper has died. Read this moving reflection by Dr. John Piper on the death of his father.

Joe called The Paul Edwards Program on Friday to ask where Catholics get their support for purgatory.  I surmised in response that the idea of an intermediate state for the purging of sins must come from  extra-biblical sources like tradition, the Church Fathers, and/or the Magisterium, since there is certainly no Scriptural support for such a teaching.

A friend had me consult The Gospel According to Rome

by James G. McCarthy which points to the apocryphal book of Second Maccabees as the source Catholics use to support a belief in purgatory.  Seems there is a story there about a battle, a lot of people being killed, and the survivors sending off a penitential monetary offering to secure the souls of those killed.  McCarthy points out how one really has to twist the exegesis to arrive at a defense of purgatory in this passage. One could just as easily arrive at the conclusion that the offering was one of thanksgiving for the living. In fact, the latter interpretation makes much more sense upon a simple reading of the text.  Beyond that, apocryphal books are not considered part of the inspired canon.