Paul will be the guest host on The Bob Dutko Show today from Noon to 4:00 pm ET. The program can be heard locally in Detroit on 103.5 FM WMUZ or anywhere around the world by clicking here.

Here’s some of what we’ll be talking about today:

New app to keep you tweeting after death

Another business visited by Obama closes

Teen wins right to have baby after suing parents

John Boehner: The President is raging against a budget crisis he created

Paul’s View: THE Question every Christian should be asking about Downton Abbey

Paul’s View: History indicates that Dietrich Bonhoeffer may not have been the Evangelical Eric Metaxas wants us to believe he was.

Guest: Alice J. Wisler
Topic: Getting Out of Bed in the Morning: Reflections of Comfort in Heartache
In 1997, Alice’s four year old son, Daniel, died after 8 months of vigorous cancer treatments.

Guest: Dr. Robert A. J. Gagnon
Associate Professor of New Testament at Pittsburgh Theological Seminary
Author of The Bible and Homosexual Practice
Robert Gagnon: Time for a Change of Leadership at Exodus?

Here’s the original LA Times piece where Torii claims he was misquoted by the writer, Kevin Baxter:

“…former Angels outfielder Torii Hunter, among baseball’s most thoughtful and intelligent players, isn’t kidding when he says an “out” teammate could divide a team.

“For me, as a Christian … I will be uncomfortable because in all my teachings and all my learning, biblically, it’s not right,” he says. “It will be difficult and uncomfortable.”

Here’s the Sporting News piece where Hunter says Kevin Baxter misrepresented his view. Hunter is quoted as saying (via his Twitter feed):

“I’m very disappointed in Kevin Baxter’s article in which my quotes and feelings have been misrepresented. He took two completely separate quotes and made them into one quote that does not express how I feel as a Christian or a human being. I have love and respect for all human beings regardless of race, color or sexual orientation. I am not perfect and try hard to live the best life I can and treat all people with respect. If you know me you know that I am not anti anything and to be portrayed as anti-gay in this article is hurtful and just not true.”

Here’s a follow-up piece by the LA Times on the backlash Hunter is receiving.

For the record, The Center for the Study of God & Culture stands behind Torii Hunter and his accurate representation of what the Word of God says about the gay lifestyle. We have no expectation that the media will be sympathetic to a biblical view of sinful behavior, and will always seek to vilify anyone who holds to that standard. We’re proud of you, Torii. 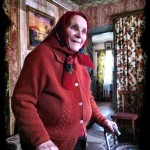 Record cold temperatures in Ukraine have already led to the deaths of more than 130 people. You can help us minister to these people through our partnership with Revival Church in Kiev, Ukraine. Our Executive Director, Paul Edwards, is also the pastor of Oakbrooke Bible Church in Waterford, Michigan. This church has helped to start two churches in Chernobyl which are already responding to this crisis. But they need our help.

Our Executive Director is traveling to the Chernobyl Zone of Ukraine on Thursday of this week to distribute food and relief supplies in the wake of the record cold temperatures there. A gift of $10.00 from you would provide food for a family in Chernobyl for one month. Learn more at the link below: